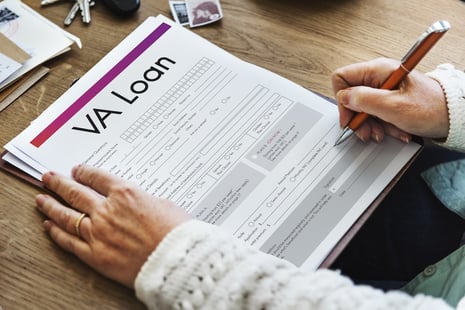 For nearly 80 years, servicemen returning home after military duty have been offered the opportunity to re-enter civilian life and move into a home with "no down" as a "thank you" for time spent in uniform. Today, the program still exists for all individuals who have served in any branch of the U.S. military for at least six months, or who have completed a six-year commitment with a reserve unit or in the National Guard.

The zero down payment is perhaps the greatest advantage, but that doesn't mean that there are no costs involved with a VA loan. In fact, the "funding fee" of 2.15 percent of the mortgage amount can represent a substantial amount, even though it can be rolled into the loan, meaning that a buyer doesn't have to pay out the cash in advance.

Make sure to speak with your lender to understand what loan options might work for your specific situation.

There are other good reasons for looking into a VA loan, if you are eligible:

A Brief History of the VA Loan

The VA mortgage loan program was initiated in 1944 as part of the "Servicemen's Readjustment Act" following World War II, designed to help returning military veterans return to civilian life. It was established with specific requirements for service and expiration dates, and with an initial eligibility of $2,000. The program has been extended and amended several times, and it now exists as a benefit not only for active duty veterans but also for reservists and members of the National Guard who have served honorably for six years even without active deployment, to military academy cadets and to certain other government employees and to eligible military spouses, provided they have not remarried.

Loans are guaranteed by the Veterans Administration, but they are made by private, approved lenders. Even though VA loans require little cash for qualification and have no strict qualification guidelines, they have an extremely low rate of default and are considered highly desirable.

The basic requirement for obtaining for a VA loan is the Certificate of Eligibility issued by the U.S. Veterans Administration. Obtaining that documentation is the first step for anyone interested in applying. Determining eligibility is generally a straightforward process, assuming the veteran was not discharged "dishonorably."

While the maximum lifetime eligibility is currently set at $89,912, the truth is that lenders generally are empowered to loan up to four times that amount, provided the property appraisal is sufficient to warrant a 100 percent loan. And eligibility may be restored once a mortgage is paid in full, which effectively means that a VA loan is no longer a one-time opportunity. There are specific guidelines that must be followed, both for an initial purchase and for subsequent applications. While it feels like there's a lot to know, it will likely feel worth it once you move into your new home in a great place like Chesterfield.

In addition, the applicant must intend to personally occupy the property as a primary residence. Purchase of a multi-family dwelling with up to four units is allowed, provided the mortgage holder occupies one of the units. A VA loan cannot be used for vacation property or for a home occupied by a relative or child. There are some specific exceptions; check with an authorize lender or with the VA if you have questions.

Qualifying for the VA Loan

As for any mortgage, VA loan applicants should demonstrate an ability to repay, meaning a stable employment history, adequate income, a reasonable credit score and a responsible attitude. Although lenders have substantial leeway under established guidelines, qualifying is not automatic. It is always wise to build up reasonable cash reserves and to demonstrate responsible money management as well as having a demonstrated ability to repay the debt.

Although the VA does not mandate a minimum credit score, the average low for VA loan applicants is around 620. And, while the allowable debt to income ratio is approximately 41 percent for VA approval, it is always better to show less debt. In addition, approved VA lenders do take note of "residual income," meaning that disposable income available monthly—for ongoing expenses including food, transportation, entertainment and medical fee—should be adequate to provide a comfortable lifestyle based on family size and geographic location. It's a consideration unique to the VA process.

Buying a home is a major decision; the VA loan is a good way to purchase for anyone who has the eligibility, but it still carries a serious obligation for repayment, and should not be considered a "cheap" way to buy a house.